Note from Friend Nature: Water is a world concern. I am building a small fog screen and locating it next to my vegetable garden. I am currently watering my garden with recycled water, but I am implementing this design for a time when we might not have any water in California to recycle.

Today nearly two people in ten have no source of safe drinking water according to the U.N. Millions of people, most of them children, die from diseases associated with inadequate water supply, sanitation, and hygiene each year. But in some desert areas, where there is very little rain, fog and dew are abundant sources of humidity that are being harvested to produce fresh water.

Fog or dew collection is an ancient practice. Archaeologists have found evidence in Israel of low circular walls that were built around plants and vines to collect moisture from condensation. In South America’s Atacama Desert and in Egypt, piles of stones were arranged so that condensation could trickle down the inside walls where it was collected and then stored. by Renee Cho

Since the late 1980s there has been considerable research and development of fog collectors around the world, pioneered by Dr Robert Schemenauer and Prof. Pilar Cereceda (Univ. of Chile). The Canadian organization FogQuest (http://www.fogquest.org) is the international leader in this admirable effort; Dr Schemenauer now serves as a research scientist with the organization.

Fog contains from 0.05 gram of water per cubic meter, up to 3 grams. The droplets are 1 to 40 microns in diameter. Fog has a very low settling rate, and it is carried by the wind wherever it may go. Fog collectors therefore require a vertical screen surface positioned at right angles to the prevailing wind. The collector must be a mesh because wind will flow around a solid wall and take the fog with it. A fog collector captures about half of the water passing through it. The efficiency of fog collectors depends on the size of fog droplets, wind speed, and the size of mesh (about 1 mm is optimal), which should fill up to 70% of the area. Two layers of ultraviolet-protected mesh, erected so as to rub together, cause the minute droplets to join and drain into PVC pipes attached to the bottom of the nets. The lifetime of the mesh is about 10 years. It costs about 25 cents or more per square meter.

The ideal location for fog collectors are arid or semi-arid coastal regions with cold offshore currents and a mountain range within 15 miles of the coast, rising 1,500 to 3,000 feet above sea level. Collection varies with the topography and the density of the fog. Ocean or lowland fog usually lacks sufficient water or wind speed to yield a substantial amount of water, so careful evaluation studies must be made to determine the suitability of any particular microclimate. This is done by monitoring a number of 1 m2 collectors for a period of months.

Fog fences have the advantages of being passive, requiring no artificial energy input for operation. They  are simple to design and can be constructed quickly and easily with little skill. The system is modular, easy to maintain, and can be expanded as demand increases or money allows. Investment costs are low — much less than conventional sources in the areas where this technology can be applied. The water quality usually is good, though some treatment may be necessary for human consumption.

Mesh fog collectors are limited by the local conditions of climate and topography. The yield is affected by season and weather, included macro-systems such as El Nino and La Nina. Dust can cause high levels of metals and low pH. High humidity can promote the growth of microflora, and other sources of contamination (i.e., insects and birds) must be considered. Unless the collectors are close to the consumers, the system requires uneconomical pipelines that also present hydraulic problems. The site must be easily accessible and have clear ownership. Site security also may be an issue. Management of the water distribution must be fair, efficient, and self-sufficient.

A very successful pilot project was established at Chungungo, Chile in 1987. Over a period of 5 years, 94 fog collectors were constructed atop 2,600 ft. El Tofo Mountain, collecting up to 2,000 gallons daily (mean yield: 3 liters/m2/day).  The villagers call it “harvesting the clouds”. Walter Canto, regional director of Chile’s National Forest Corporation, said:

“We’re not only giving Chungongo all the water it needs, but we have enough water to start forests around the area that within 5 or 6 years will be totally self-sustaining.”

The fog collectors on El Tofo have fallen into a sad state of disrepair. In 2002, only 9 collectors remained of the 94 that once shrouded the mountaintop.

The success of the fog collectors at Chungongo actually contributed to the failure of the project. The new supply of water stimulated local development that tripled the population to 900 inhabitants while reducing the amount of water available to each family. It would have been a simple matter to increase the number of fog collectors, but a political decision was made to construct a pipeline (costing ~ US$1M) to bring water from Los Choros. Dr Schemenauer, who directed the original project, said that 400 collectors (many more than enough to meet the need) could be built on the mountain at a much lower cost than that of the pipeline. But the villagers were not significantly involved in the original project, so they had little understanding of water economics and what was required to maintain the collectors over a period of years; they were taken for granted.

The International Development Research Center (IDRC) that sponsored the original project reported that local officials “regard water from fog as an unreliable, irregular, and insufficient source for providing drinking water for Chungongo”.

Dr Schemenauer maintains that the original project was not designed to supply water to the community. It was intended to perfect the technology and use the water for a reforestation project on the mountain. The local community lobbied to divert water to the village instead, and it was done. The obvious lesson is that the local people must be involved and committed to long-term maintenance and development, adding more fog collectors if the need arises.

Another 21 sites (1,000 acres total) in Chile and on the Pacific coast of Latin America also have fog collectors that continue to provide water for agricultural and forestry projects. Some of the locations have become self-sufficient because the trees have become large enough to collect fog for themselves, just as the ecosystem did before settlers disrupted it. Precarious “lomas” fog-forest ecosystems survive on droplets of water collected by their leaves. Some such forests, surrounded by deserts, have been sustained by fog for millennia. Very little cutting is necessary to initiate gradual but complete destruction.

In the past few years, FogQuest has conducted several successful projects in Yemen, Guatemala (Lake Atitlan), and Haiti (Salignac Plateau). More are being planned in the sultanate of Oman, Ethiopia, and Nepal. The Yemen project is in the mountains near Hajja, where there is virtually no rainfall in the winter months. There is, however, sufficient fog to justify the construction of large fog collectors. The best sites produce about 4.5 liters/m2/day.  The yield at the best sites in Haiti is about 5.5 liters/m2day. In other words, each square meter of mesh produces about 165 liters/month. A large collector (50 m2) would produce about 175 liters daily, which is sufficient to supply the needs of nine people.

Fog collectors in the Sultanate of Oman have yielded as much as 70 liters/sq meter/day! A 48 m2 collector there yields over 3000 liters/day. Each village requires 30 to 80 collectors (cost: ~ US$400 each) to provide its needs.

The many forms of atmospheric dehumidifiers offer real hope for thirsty humanity. Countless lives can be saved and improved by this elegant technology. The quantity of water thus produced may even meet the needs of large-scale agriculture if used in a conservative manner, such as drip-feeding.

Link to a YouTube Video about Dr. Schemenauer’s project in Ecuador.
Published on Sep 10, 2013

US National Library of Medicine
National Institutes of Health

Three mesh types for fog collection. The Raschel mesh (35% shading, left panel, www.marienberg.cl) has been successfully applied for many years in 35 countries in five continents. It is used double layered in SFC and LFC (only one layer is shown here). The middle panel shows a robust material with a stainless mesh, co-knitted with poly material (http://www.meshconcepts.co.za), which has been employed in South Africa. The right panel shows a newly proposed design of a three-dimensional net structure (1-cm thickness) of poly material (http://www.itv-denkendorf.de). Note that no overall comparison of mesh collection rates and technical performance has been conducted yet. The edge lengths of mesh sections shown are 6.5 cm 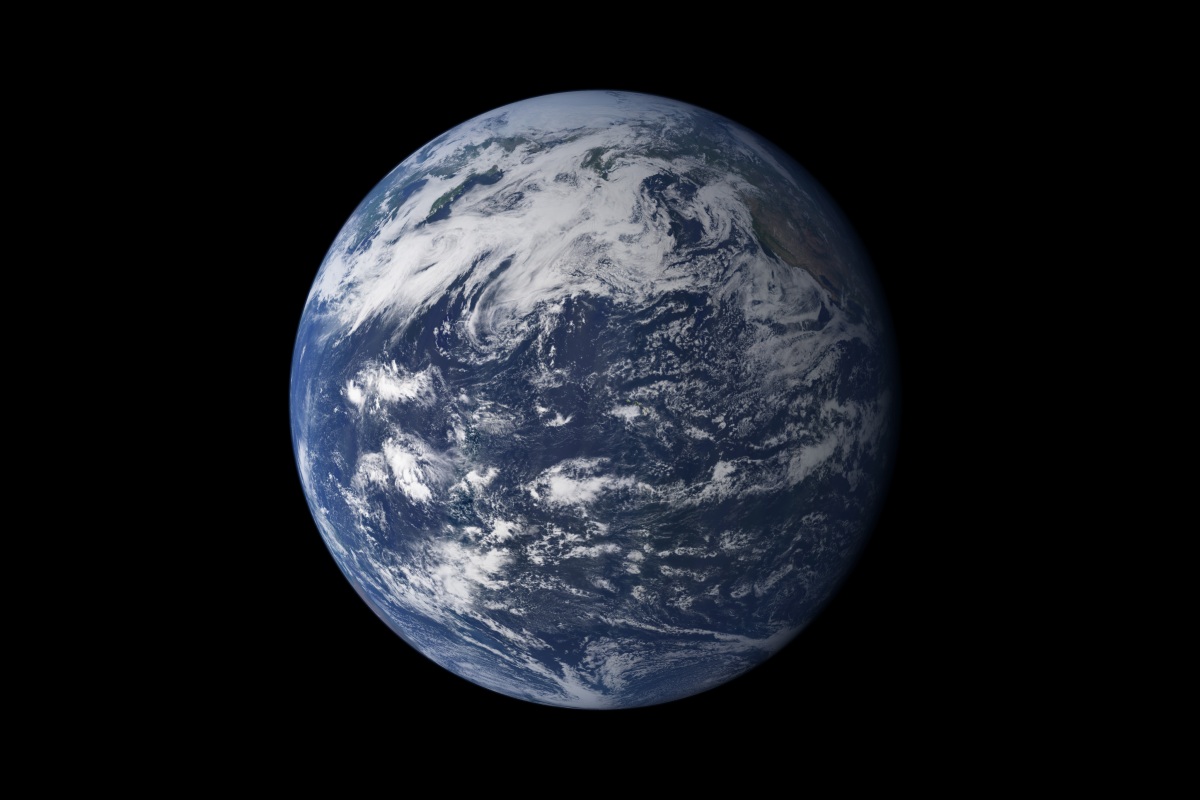